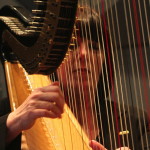 Chairman of the Board and Co-Founder, The Marc Lavry Heritage Society

Daughter to composer and conductor Marc Lavry and journalist Helena Lavry, Harpist Efrat Lavry started her musical studies at the Rubin Conservatory in Jerusalem from which she graduated as a pianist. She earned a Masters degree in musicology and performance from San Francisco State University. At SF State she studies harp with Prof. Marjorie Chauvel and became a professional harpist.

In California Lavry was the resident harpist of the San Francisco Opera, The Oakland Symphony Orchestra and appeared with numerous orchestras in California, including the San Francisco Symphony. She also taught musicology, music history and harp at San Jose State University, San Francisco Conservatory of Music, and College of Notre Dame in Belmont, CA.

Lavry appeared as solo harpist with orchestras in San Francisco, Los Angeles, Sacramento and played in numerous television programs. In 1965, she toured with her father, composer and conductor Marc Lavry.

Upon returning to Israel, Efrat Lavry appeared as solo harpist with most Israeli orchestras. She often performed in choral concerts and took part in numerous chamber groups.

Lavry was also a pioneer in music eduction to the young generation in Israel. She performed in schools and other educational institutions over the years, mentored young musicians from all walks of life, and pursued her personal mission to introduce young Israelis to quality music.

In 2004, Efrat Lavry became the Managing Director of the Haifa Symphony Orchestra. There she rebranded the orchestra, restructured the organization, created cutting edge programs, and turned it into one of the most prestigious orchestras in the country.

In 2011 she cofounded the Marc Lavry Heritage Society to promote Marc Lavry’s music and his significant contributions to Israel and its society. 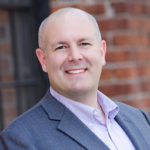 Director of Marketing & Operations, board member, and Co-Founder, The Marc Lavry Heritage Society

Orie brings a unique set of expertise in online marketing and product management in high-tech and life sciences. His experience leading successful branding and messaging activities, championing product usability initiatives, and managing large user forums has been key to the success of the Society. He also brings his experience in management consulting both at PRTM and Zaklad Consulting.

In 2011 he cofounded the Marc Lavry Heritage Society to promote Marc Lavry’s music and his significant contributions to Israel and its society.

Orie earned his MBA at the Haas School of Business at UC Berkeley, and holds a BS of Mechanical Engineering from the Technion. 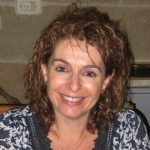 Jane Roxane Gutman (nee Conway) was born in Glasgow, Scotland. She studied flute with Atarah Ben Tovim in the north of England and then completed a B.A. (music) in Cambridge. In 1980, she received her Licentiate of the Royal Academy (L.R.A.M.) and soon after moved to Israel. As a new immigrant, Jane taught flute at the Dunie Weizman Conservatory and was its Director between 1997-2015.

In her capacity as Director, Gutman has been responsible for total conceptual reconstruction of all activities in order to provide attractive and viable programs to insure that a musical education is within the grasp of any child who so wishes.

Ms. Gutman believes that learning the art of performance and learning to play a musical instrument provide invaluable tools to a child’s developing psyche. Tools of self-discipline, tolerance, responsibility to oneself and to others and most importantly awareness of the self! Over the years, she has taken much care and pride in providing career and motivational coaching to the many young musicians that have passed through her activities. 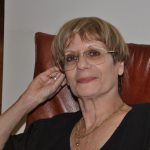 Finance Manager at the Arthur Rubinstein International Music Society. Rivka Chernia previously held the position of Finance Manager of the Haifa Symphony, the Israeli Chamber Orchestra and at the Dunie Weizman Conservatory of Music. 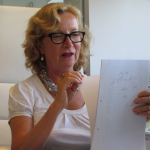 Director of the Music Department of the National Library of Israel. Dr. Flam speaks around the world about Israeli and Jewish music as well as on topics of music archiving. Dr. Flam is also a lecturer at several academic institutions, and has been teaching at the Jerusalem Academy of Music and Dance since 2006.

Dr. Flam studied at the Hebrew University of Jerusalem and earned her Ph.D. in Music from the University of California, Los Angeles. She founded of the music department of the Holocaust Memorial Museum in Washington DC.

She published multiple articles on Israeli music and Yiddish song, and in 1992 published a book titled “Singing for Survival: Songs of the Lodz Ghetto 1940-1945”.

Dr. Flam is a consultant for several projects in Jewish and Israeli music and is a producer of concerts and recordings of various genres of Jewish music such as Yiddish song, Klezmer music, Israeli art and popular song. 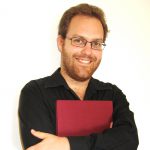 Musicologist, composer and recorder player. Born in Haifa, Israel, Dr. Schab graduated from the Jerusalem Academy of Music and Dance in composition and recorder performance. As an Usher Fellow of Trinity College Dublin, he wrote his doctoral dissertation on the subject of “Compositional Technique in Purcell’s Early Instrumental Works”.

Since October 2012 Dr. Schab has been a lecturer in the Department of Music in the University of Haifa. His research interests include music history 1550–1750, source studies and early music printing, analysis, music of Ashkenazi Jews in the 19th century, Israeli popular song and progressive rock. 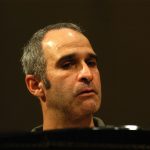 Prof. Oded Zehavi is a major voice in a new generation of Israeli composers. He has received commissions and performances from renowned conductors, musicians and ensembles. His music won him numerous awards such as the Rosenbloom Prize for Performing Arts (2005) and the 2005 Landau Prize for Stage Arts. He is currently in residence as a research fellow at the Frankel Institute of Judaic Studies at the University of Michigan.

Prof. Zehavi is a founding member of the Music Department at the University of Haifa where he has been acting as Chair since 1995. He speaks around the worlds on a variety of musical topics ranging from Haydn to John Cage and including the business of music, popular culture and commercialism. He holds advanced degrees in music from the Jerusalem Rubin Academy of Music, University of Pennsylvania (where he studied with George Crumb) and State University of New York at Stony Brook.

In addition to composing over 100 works for solo instruments, lied, chamber ensembles, choir and symphony orchestra, Prof. Zehavi is an avid arranger and composer of music for theatre, dance, feature film, documentaries and pop. He has written musical soundtracks for the BBC, ABC and Canal Plus, and over 100 of his arrangements of folk music can be found in the archives of the Israel Broadcasting Authority (IBA). Tamir is a graduate of the Curtis Institute of Music (Philadelphia, USA) and first recipient of the Gary Bertini Award for Young Conductors.

Doris is an experienced financial advisor and specializes in taxation, financial planning and accounting services for nonprofit organizations. Over the years she has acted as a treasurer for multiple nonprofit organizations.
Doris acted as the accountant at Dunie Weizman Conservatory in Haifa and enjoyed the musical activities at that institution.

Doris is an avid music connoisseur and supports the arts.

Rinat Zaklad-Cohen specializes in commercial law. She holds B.A. degrees in Law and Business Finance from the Interdisciplinary Center Herzliya (IDC) and has been practicing law since 2000. Ms. Zaklad is currently a real estate entrepreneur and focuses on mixed-use building.