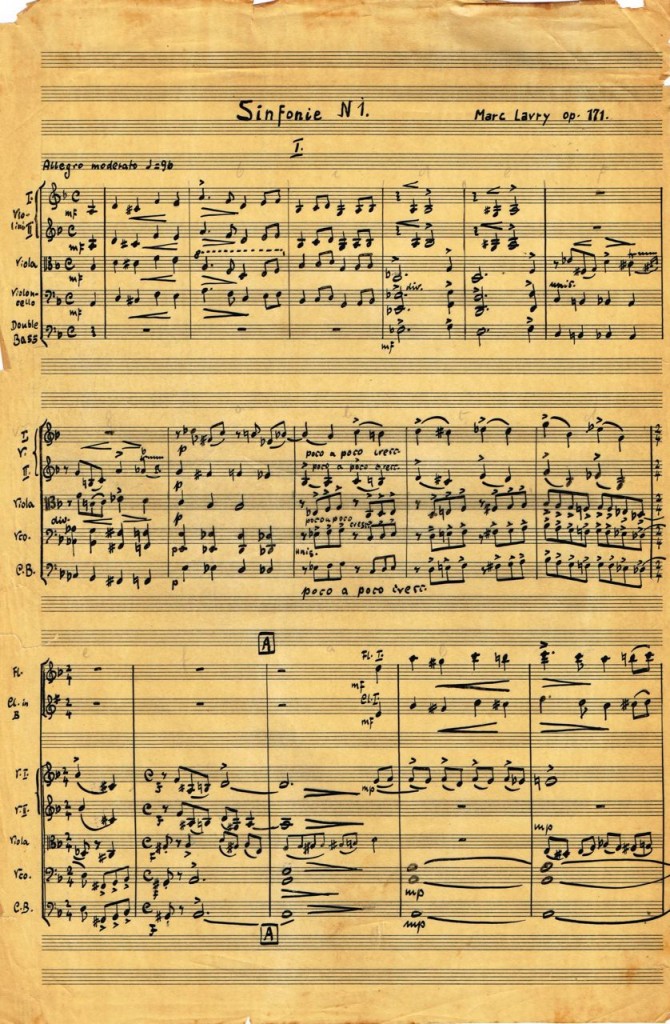 Symphony No. 1 (The Tragic Symphony) 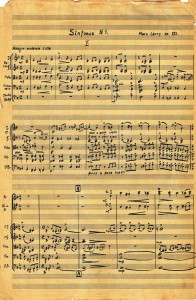 Symphony No. 1 – handwritten by Marc Lavry

Recording: Not yet available

Synopsis:
The news from Europe about the Nazi atrocities against Jews was beginning to reach Israel. In his autobiography from 1946, Lavry wrote: “The events of recent years, the tragic fate that met my people and most likely didn’t skip my family either, had affected me to the point that I am conflicted… [On the one hand] I belong to the land [of Israel] and wish to sing it, [and on the other hand I find myself reacting to what transpires outside of its borders…] I cannot avoid thinking of the horrors we hear and read of. It pressures me like a nightmare seeking an outlet. In the summer of 1945 I completed composing a “tragic” symphony that is dedicated to the heroes of the Warsaw Ghetto. The music burst out as a cry of the soul, it was an inevitable reaction. Only then, I was able to return to my usual path.”