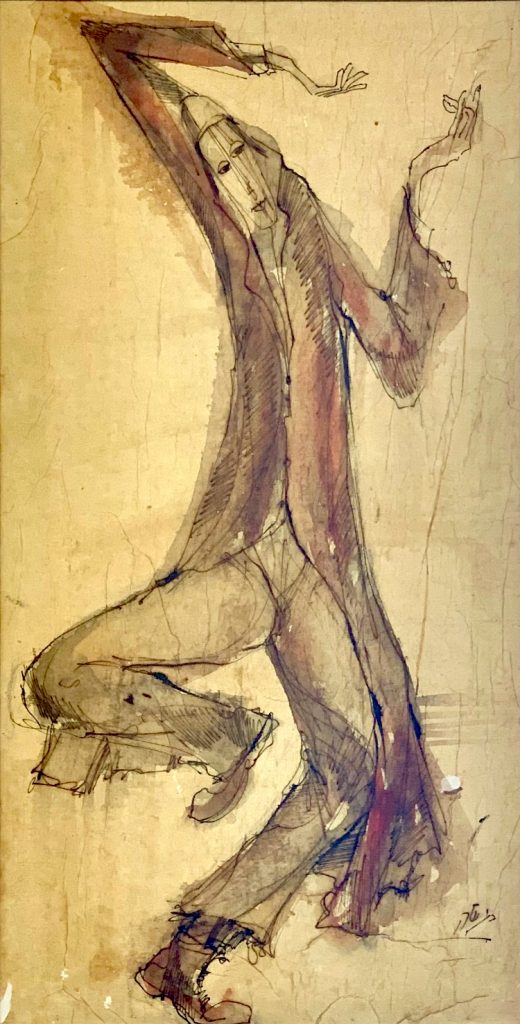 Three Jewish Dances for Violin and Orchestra : Score Only$21.00

Versions: There are 4 versions of the Jewish Dances. The dances are different in each version

For illustration purposes only: below is A MIDI (computer generated) recording of all six movements for Violin and Piano. Please note that it lacks dynamics and human interpretation.

Synopsis:
A decade after immigrating to Israel Lavry wrote a compilation of Jewish dances which he collated into various versions:

Note: The original publisher for this composition, IMP (Israeli Music Publishing), which no longer exists, published only three dances for solo piano, and three dances for violin and piano. It was customary at the time for the publisher to select a subset of the movements, but unfortunately, their selection became known as Marc Lavry’s Three Jewish Dances.

Anecdote: While visiting Israel, famous clarinetist Simeon Bellison from New York asked Marc Lavry to write “something” for him. Lavry immediately arranged his Jewish Dances, which he just composed, for Clarinet, String Quartet and Piano.