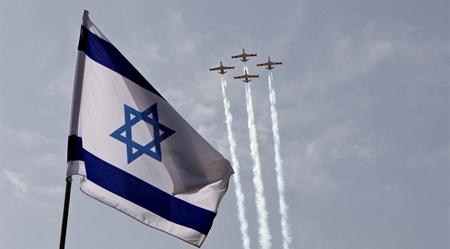 Synopsis:
The song “Halamti Halom” (I Dreamed a Dream) was written a few months after the establishment of the state of Israel. This is a patriotic song in which the poet S. Shalom is joyed to witness the achievements of the new state.
The poet describes how the dream of redemption from slavery and exile was realized and now the Israeli flag is flying from Beer-Sheba in the south to Dan in the north.
He writes about people’s thrill in working and the fields in full bloom. He admires the Israeli fleets in the air and sea. The poet is excited about the young military’s victory and honors the dead whose sacrifice brought freedom to the Jewish people.
He can barely internalize the miraculous establishment of the state — a dream that became reality. The Lyrics for Halamti Halom (I Dreamed a Dream) in S. Shalom’s handwriting, as he gave it to Marc Lavry

Translation:
I had a dream that we were suddenly freed
From slavery, diaspora and exile
And blue and white, from Beer Sheba to Dan
Our flag unfurled over valleys and mountains.

I saw fields ploughed with enthusiasm
And our song that we sing is a Hebrew song.
I saw gardens bloom up to the clouds
And ours is the landscape and the fruit.

I had gone far to the sea, to be greeted by
Israeli ships, a mighty fleet.
Above me, with its pure wings
Like an angel making music
An Israeli airplane in the air.

I asked a soldier, armed with bayonet,
His Password and Battalion, what are they?
His forceful reply, “The Password is Victory
And the Israeli Army the Battalion.”

I asked a maiden: “Your head in a halo
Who crowned it with a circle of seven stars?”
She replied: “It is the light of my dead hero
Who returned freedom to his people”.

And I will weep in a frenzy: Am I still dreaming?
Indeed, all that here has appeared will not let us down
Brothers, lend a hand, I can no longer bear alone
This miracle, this exuberant radiance.

I had a dream!