Home > Music Room > Concerto for Piano and Orchestra No. 1 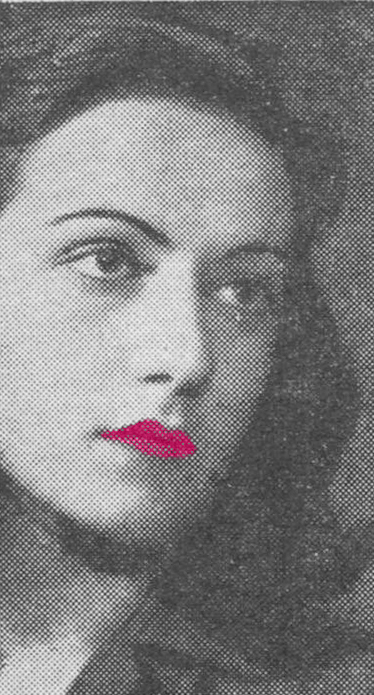 Concerto for Piano and Orchestra No. 1

Concerto for Piano and Orchestra No. 1 : Piano Reduction$10.00

This concerto is dedicated to pianist Pnina Salzman who describes it as follows:
“The piece, considered to be one of the loveliest concerti written in Israel, was composed in 1946 for me and the Palestine Orchestra. It is a charming, lively piece filled with beauty and magic. Lavry, who had a strong sense of beauty, based the first movement on an original theme. The lyrical second movement and the third movement were based on a Yemenite tune and a Persian melody, respectively, he heard from singer Bracha Zfira.”

Salzman also recalls some of the historical events associated with this Piano Concerto:
“A few days before the first concert, I realized that there were some ten pages missing from my part. Although the British army imposed a four-day curfew on Tel Aviv, I decided to take a risk and go to Lavry’s house. I was promptly detained by a five-soldier detail. After I had explained the circumstances, they agreed to escort me. When Lavry opened the door he turned pale. I explained about the missing pages and he handed me the pages, which were examined by the soldiers to ensure they did not include any forbidden instructions or messages. The soldiers then escorted me back home. An amazing sight this was — a young teenager escorted home by five paratroopers and people are looking at us from their windows.
It was only after the end of the British Mandate that I discovered the reason for Lavry’s agitation upon seeing me: he had a secret arm cache in his apartment and he was sure the soldiers had come to arrest him…” 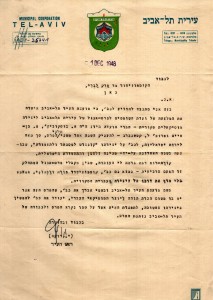 The Engel Prize for 1948 that was granted to Marc Lavry by the Mayor of Tel-Aviv, Mr. Israel Rokach, for his composition Concerto for Piano and Orchestra No. 1

In 1948, the city of Tel Aviv awarded Lavry the Engel Prize for the Concerto for Piano and Orchestra No. 1. The prize is given to musicians who excel in their compositions or music research, and who resided in Israel.

Anecdote: In 1950 Lavry and singer Bracha Zefira recorded the song “Ta’am Haman” (the Taste of the Manna). Lavry used parts the orchestration of third movement of his Piano Concerto No. 1 for Zefira’s song.